Here’s another one, no kidding, one block away: 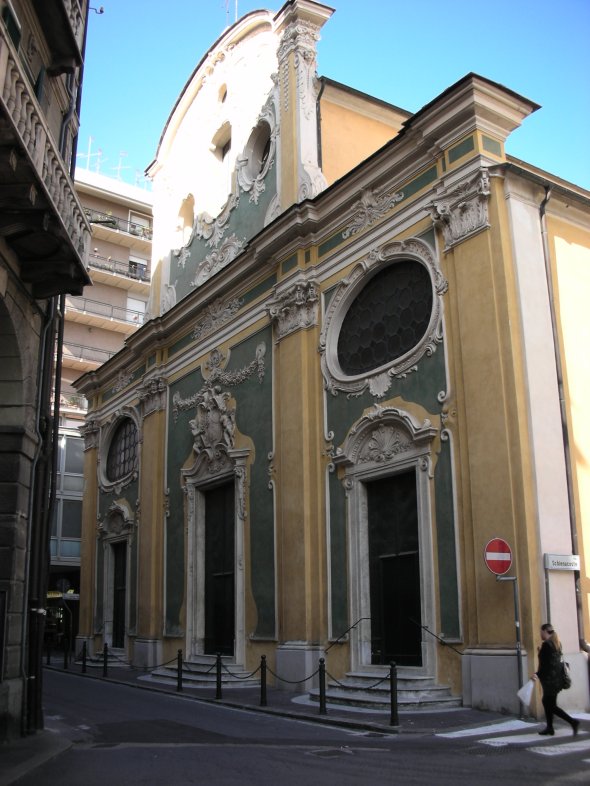 Both were locked up tight, so no inside shots. Of course, if they weren’t locked, some punk would probably spray-paint “Eat the Rich” on a statue of the Virgin Mary or something. Which is awesome because nobody speaks English here, yet that is tagged everywhere. Oh well, your government’s sovereign debt rating just got cut, along with a good chunk of the rest of the EU. The Euro I’ve been paying for everything with may be collapsing, and the governments can’t seem to deflate it – oh wait, quantitatively ease it, I forgot – enough to solve the problem. (Ha ha ha, isn’t fiat money great?) I think it’s time for a popular uprising, guys. Well, get to it. Now or never. Oh? Oh hey. Well, I guess that’s a start. Keep it up.

Anyway, I bought that microfridge I was thinking about.

Not very 'micro,' I accept. It's basically just small.

That toaster is also new, and if you’re wondering, those little things sticking out of it are just the most curious contraptions. 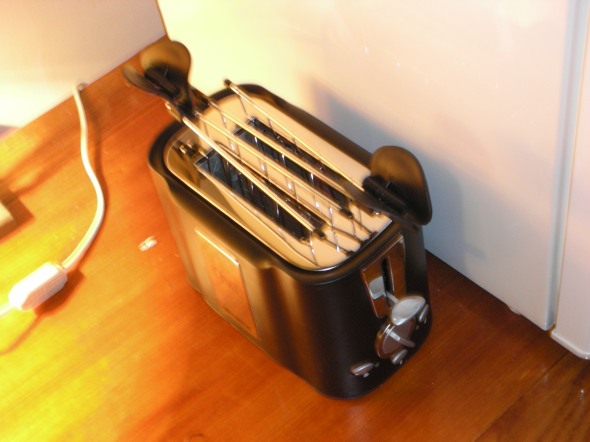 My days of burning myself on freshly-toasted bread are over, gentlemen. At this point, I don’t know if this is a European thing, or I’ve been living under a rock in the world of emerging toaster technology. But whatever it is, I like it. Maybe a little too much.

I bought all of this, basically with my father’s money by this point, (I think I’m spoiled. I’ll get over it.) because the new estimate for my entrance into university housing is early November. I will never be in university housing. And now I have all the kitchen appliances I ever really use. Combine this with a bathroom sink, and I’m set for the long haul.

New subject! I figured out how the ramp-scalator works! 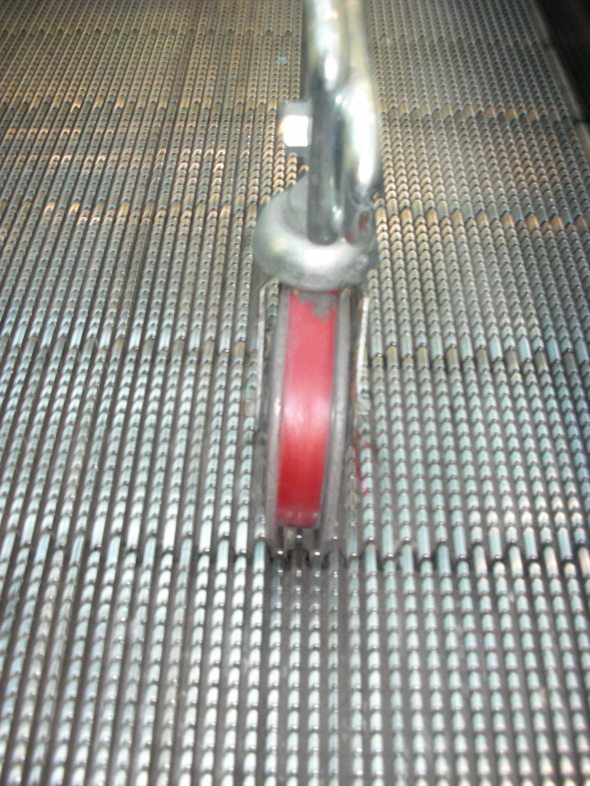 It wasn't magic after all!

All the ramp-scalators in the place have these slots milled into each individual segment. All the wheels on the carts actually consist of two thin spinning wheels on the sides that fall into the slots, and a rubber break in the middle that doesn’t turn. The break is the only part of the cart that actually touches the ramp-scalator. And yeah, I don’t really have a better word for it than that, so I’m just going to stick with it.

Hey, this one only took like three and a half hours, thank you proofreading/formatting. End.