I promised a big post about my family’s trip through Italy, with lots of beautiful pictures. That will happen. Just not right now.

My final in Sustainable Energy I was on January 12. It wasn’t really what I expected. I spent the week prior to it acting like I would study for it. Which means I studied for a day and a lot of the night. Where I came into the exam thinking I would basically give an overview of what I learned in relation to fuel cells and distributed generation, I was actually asked a couple of pretty specific questions, each with several parts. During this final, which accounts for the entire class grade, I was asked about subjects that accounted for probably less than ten percent of all the different things we were taught. So, basically, if you don’t know everything equally, it’s easy to get lucky or unlucky, on this test. I got a 23/30.

I can retake it this Tuesday, but I really don’t think I care that much.

If you read the news, you may have heard about a huge cruise ship disaster off the coast of Tuscany. If you don’t know the details already, you probably don’t care, but that gigantic ship, the Costa Concordia, was actually on its way to the port in Savona, right next to the hotel that my family used there. 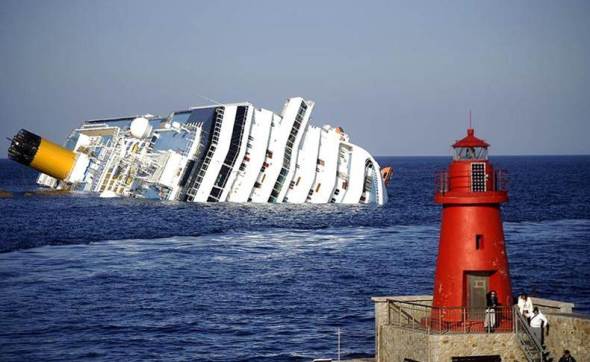 From a kind of engineer-y perspective, I have to comment on one thing that I read. The average cruise ship has doubled in size in the last decade, and that means a whole lot more passengers and crew. How do you get all these people safely off a ship during an emergency? Why, don’t have an emergency, of course!

END_OF_DOCUMENT_TOKEN_TO_BE_REPLACED

This is far too common here.

I can sit, and I can crouch, but I have a hard time hovering.

Why don’t mechanical pencils come with caps? Almost every time I start to use one, I have to extend the lead, because the excellent marking surface I had just hours before has broken off in my jacket pocket, leaving a sharp awkward edge that I need to write with before I get my proper rounded tip back. And, I occasionally stab myself through the jacket lining. I should start a writing implement company, or search online for what I want, or something.

I listened to the entire Orange Bowl on the internet stream of Morgantown’s WVAQ, from 2:30 am Italy time Thursday morning, through to basically the end of the post-game show around 7:00 am. It was awesome to listen to, as Tony Caridi does an excellent job with the play-by-play, but it is still hard to really get a feel for just how fast the action happens. I found this late Friday:

I’d like to give an internet high five to all the Mountaineer fans who read this. That was an excellent victory.

Jack in a can.

Oh God. At first I wanted to complain about the generations of tradition thrown to the wayside by putting Jack Daniels in cans. Then I noticed, while looking at my own picture, the “A Perfect Mix of Whiskey and Cola.” I don’t know whether that is better or worse. Considering that everything on the can is in English, I’ll bet this is primarily made for Americans. Why are we so horrible?